Talus is a development on the east side of Cougar mountain, named after a bone in the ankle. Or maybe a rock deposit on the hill. At least it’s not “Summer Bluff”, or “Raccoon Forest” (thanks to the excellent Real Estate Subdivision Name Generator for those), or my development’s name, “Malibu Vista”.

Anyway, Talus is a climb that I’d never done until recently, because it was a one-road “up and back down” sort of climb. At least, that’s what I thought, but a bit more research and a test ride showed that I was mistaken, and there’s a nice hidden climb there.

After leaving the starting point, we turn left onto Renton-Issaquah road, and then turn right onto James Bush Rd. The sign says, “no Talus access”, but that’s just for cars, not for us. Gear down before you turn. The road immediately kicks up, climbs a bit, and then kicks up some more as it narrows to a single lane climbing up through the trees. Make sure to start this climb slowly; if you hit it too hard it will be difficult to recover. Please pay attention so that you don’t slow down other cyclists on this section. After a bit, you’ll come to a cable gate that you will either need to ride around on a very thin path to the left or dismount and go over. If you dismount, clipping in will be interesting because of the thinness of the road, so be prepared.

We then traverse to the south to grab a few more feet of climbing and make our way to the exit. The route that is shown is guaranteed; the city is doing some construction at the top right now, so the actual route may go a little farther up, though I’ve been promising the upper section for years and it appears to be stalled.

The overall Talus total should be at least 550’.

The descent has a stoplight at the bottom, so watch your speed. We turn left and ride towards the park. 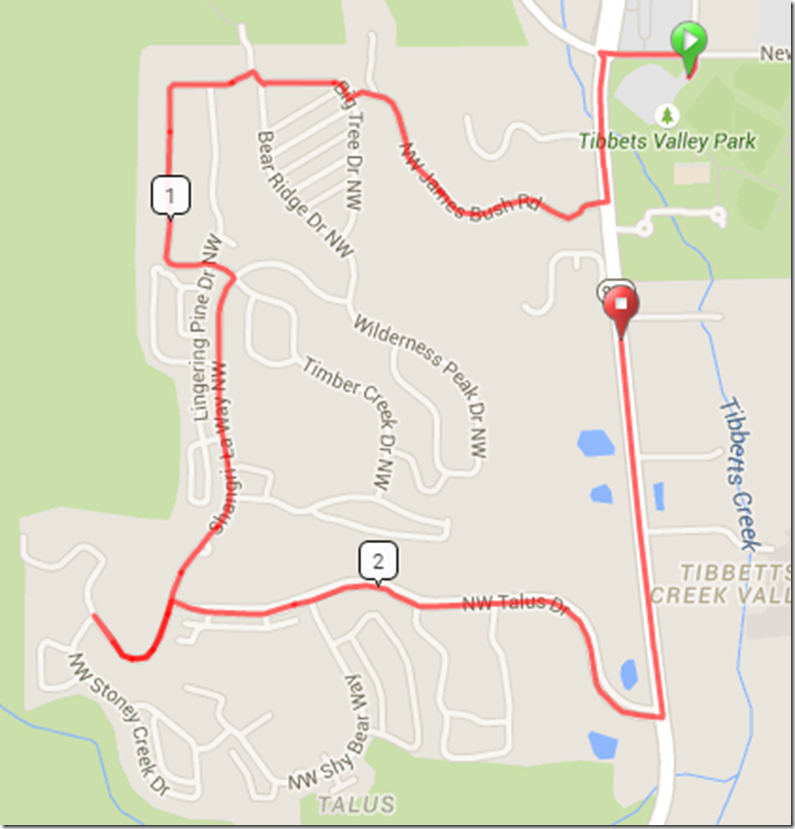 The gradients here feel pretty close to me. 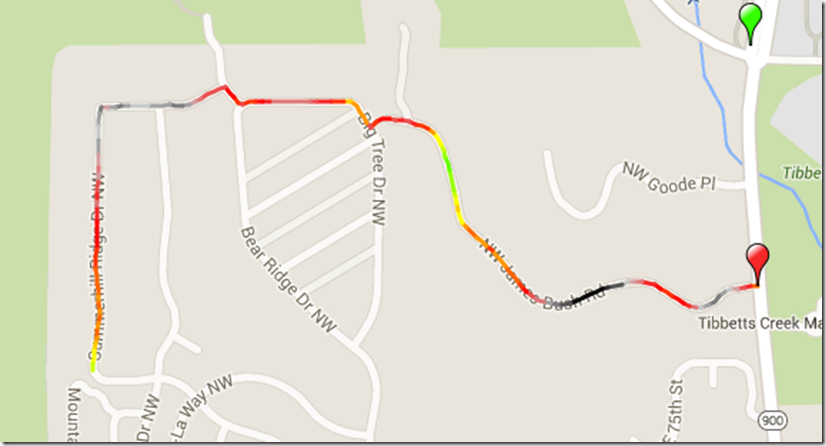