A few years, we paid some landscapers to do some work on our back yard; they did a nice paver patio and walkways, evened out the slope, and re-sodded the now elevated lawn.

There were, however, a few issues.

They used big landscaping blocks for the back of the beds, so there wasn’t much space for the plants in the beds, nor was there enough height to have a reasonable amount of soil, nor was there a barrier to contain the mulch. So, they didn’t work as well as beds.

And all we had was beds, so the yard wasn’t very interesting.

Oh, and we had one more issue; the decent back fence we put up was now about 12” below the current grade, which is just weird.

This summer, we are finally getting around to fixing those issues; this is partly to realize the design we had our landscape architect do, and partly to add in the things that we wanted. I’m too lazy to find the real before pics, so you’ll need to settle for “early in the process pictures”. 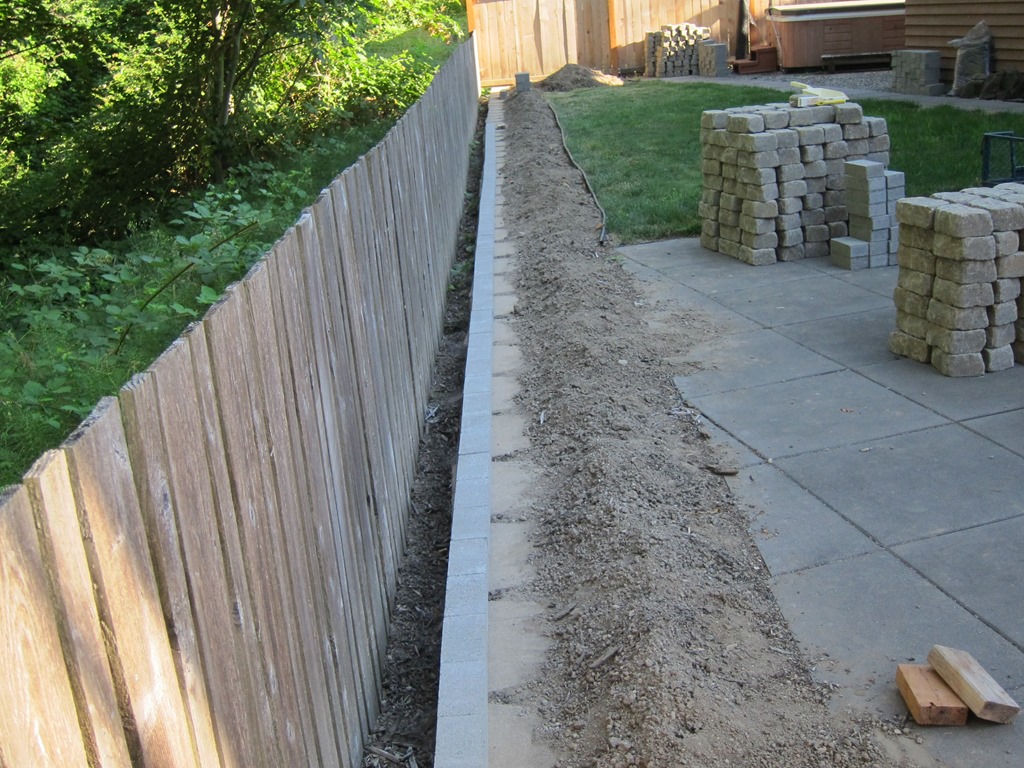 This one shows the lovely back planting bed and the weird fence. Careful observers may be able to see some of the blocks we are using in this picture. The concrete bricks on the back are to deal with a level problem; the pavers are about 2” higher than the row of blocks that make up the back edge, so the 2 1/4” thick grey pavers make up the difference. They will not show in the completed project, so we went with the cheapest ones we could find.

I don’t have any pictures of moving blocks; suffice it to say I moved 700 blocks @ 8 pounds each, or 5600 lbs of blocks from the driveway down the hill into the back. And 240 of the bricks.

Here’s a rough drawing of what we’re aiming for: 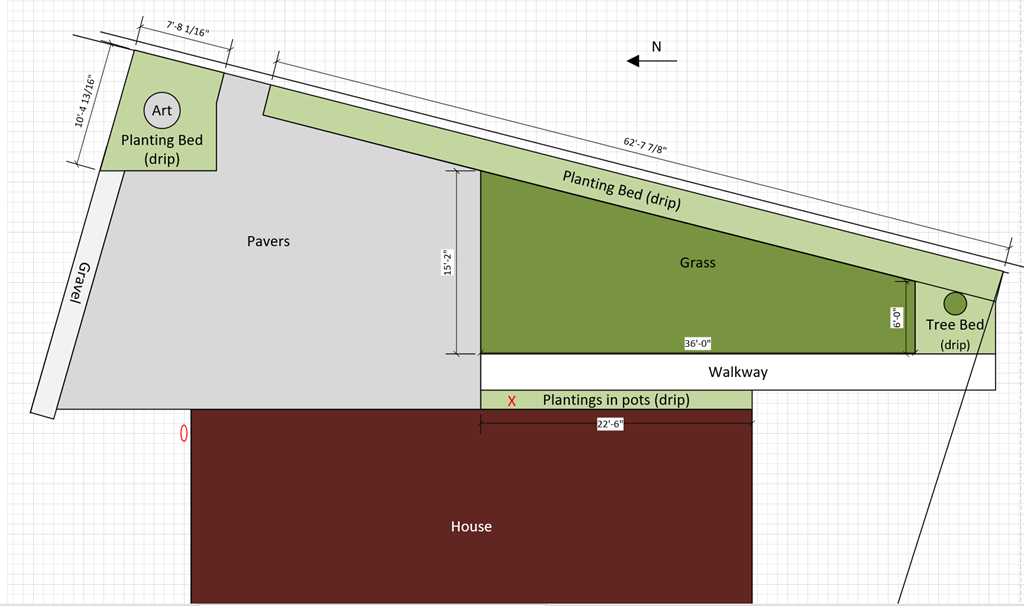 On the left side the big bed will partly cover the corner of the patio and partly be in the dirt. that required me to get a nice line of concrete bricks for the blocks to set on. It looks like this: 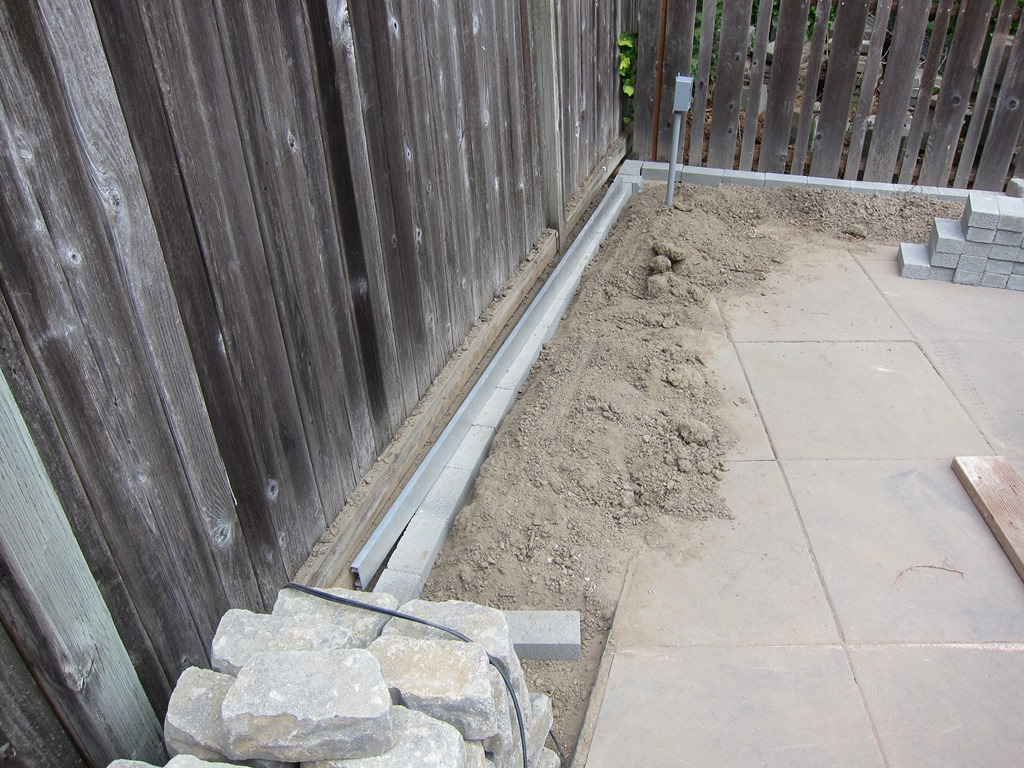 I’ll talk more about how I achieved that soon.

And then it’s merely a matter of laying the blocks out where you want them, and a small bit of block cutting with a 7” angle grinder and a masonry wheel. It looks like this: 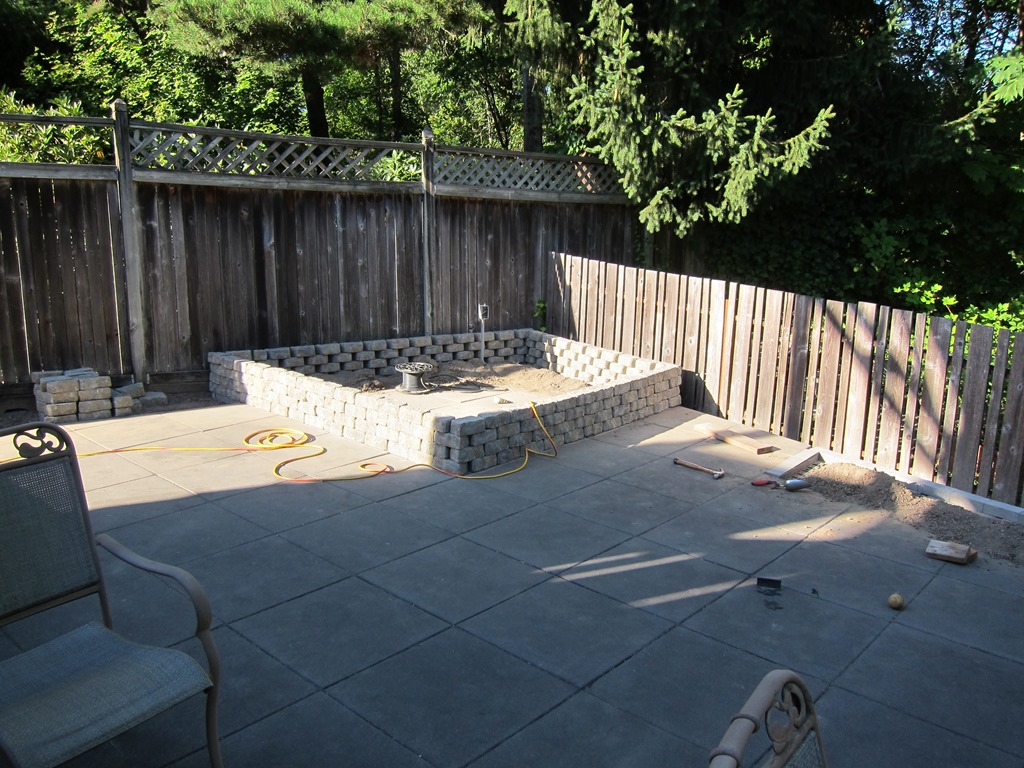 Over to the big bed. We need to cut the grass back a bit for the bricks to fit. The front of the bed is measured from the bricks next to the fence, an old 2×4 is used as an edge, and a line was painted in the grass. 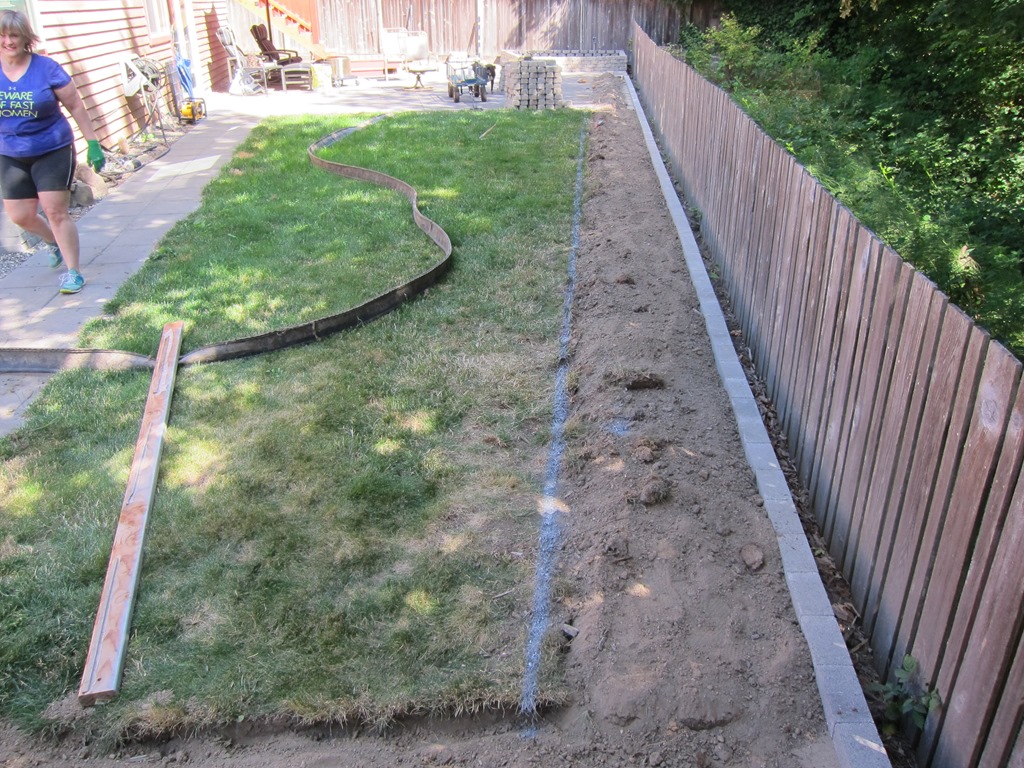 The project lead spent a few minutes cutting the grass away. 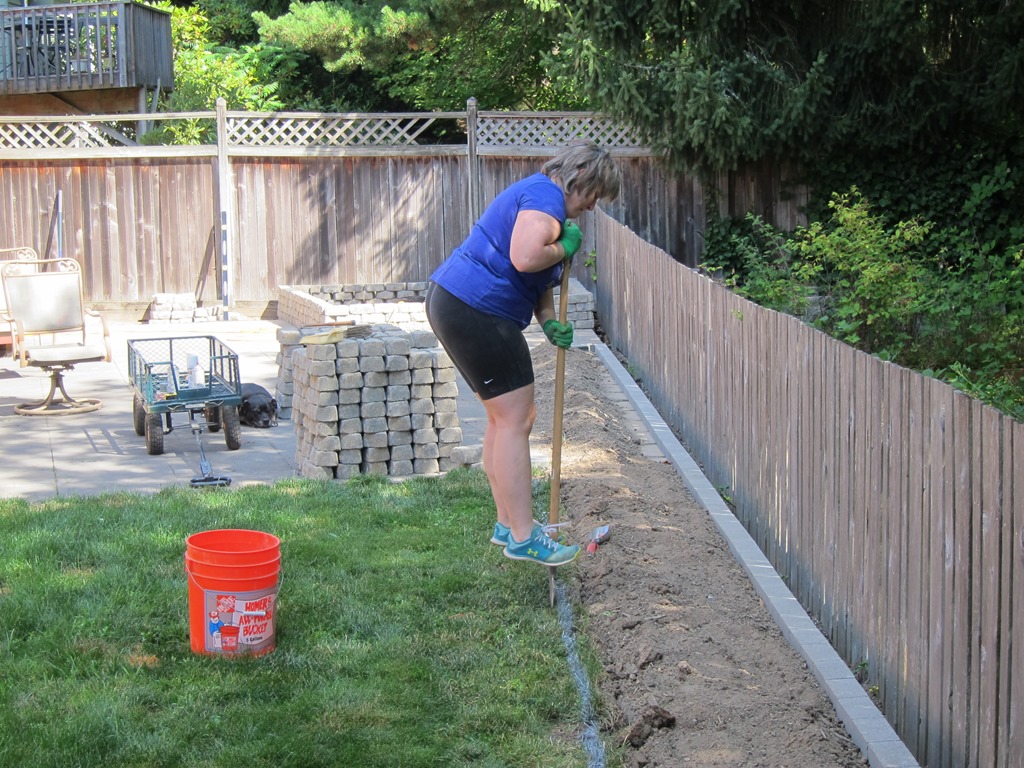 Then it’s time to set the bricks. The appearance of the final wall will depend highly on how well the bricks are set; the top of each brick needs to be in the right location (x & y), the right height (z), and also be in the right plane left to right and front to back. Here’s how I did it: 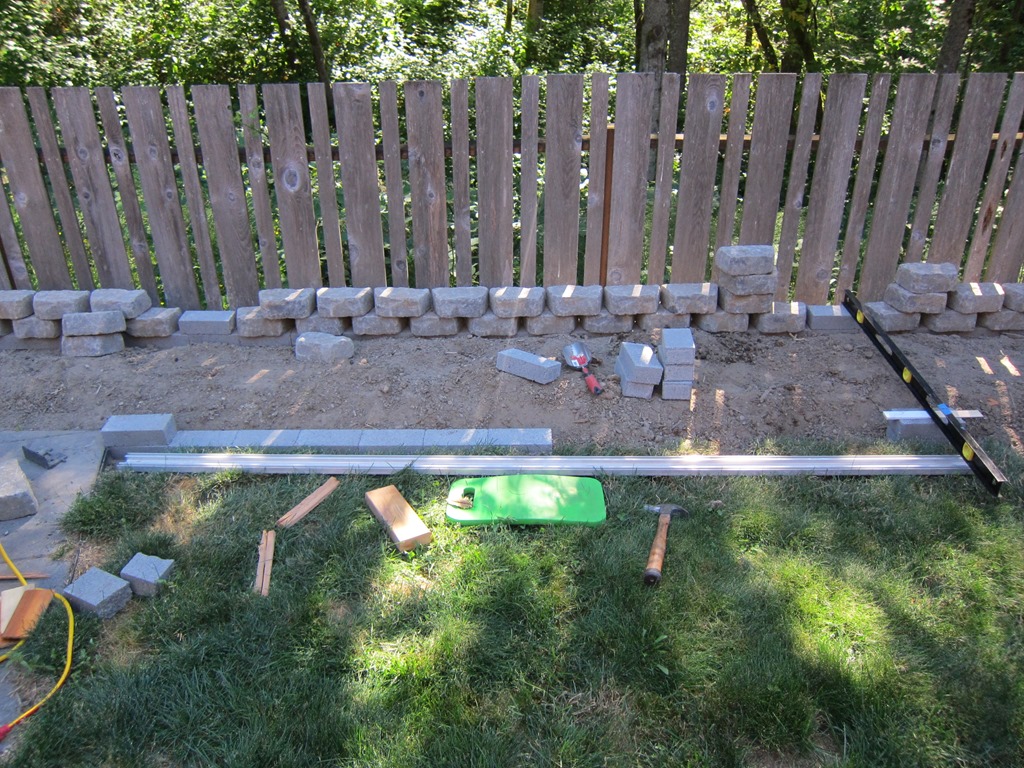 The block on the far left is set to be planar with the patio and the right distance from the extra block on the back. That is one reference.

The second reference is on the right. That stack of two blocks is adjusted so the front face is the right distance from the back block, level to the back block at both the left and right ends. And then the top of the block needs to be planar with the bottom of the level and the long straight edge sitting on the left block. That takes a few iterations to get right, so 10-15 minutes to get a guide block in.

And – because they need to stay in those positions – each block has to be beaten in place with a hammer and a block of wood to compress the soil underneath.

Once the reference is, then it’s merely a matter of placing each block and using the straight edge to make sure it is where it needs to be. Along the whole length most of the bricks are less than 1/16th off on any dimension. Yes, that’s probably overkill, but getting them to 1/16th isn’t much harder than getting them to 1/8th, and it makes the landscape blocks sit much better.

There’s about 40’ of blocks to set along that bed plus another set around the right planter. So, it took quite a bit of time – probably 6 hours just on that part. But, eventually, you get them all done, you can put the landscape block on top, and you end up with a bed that looks like this: 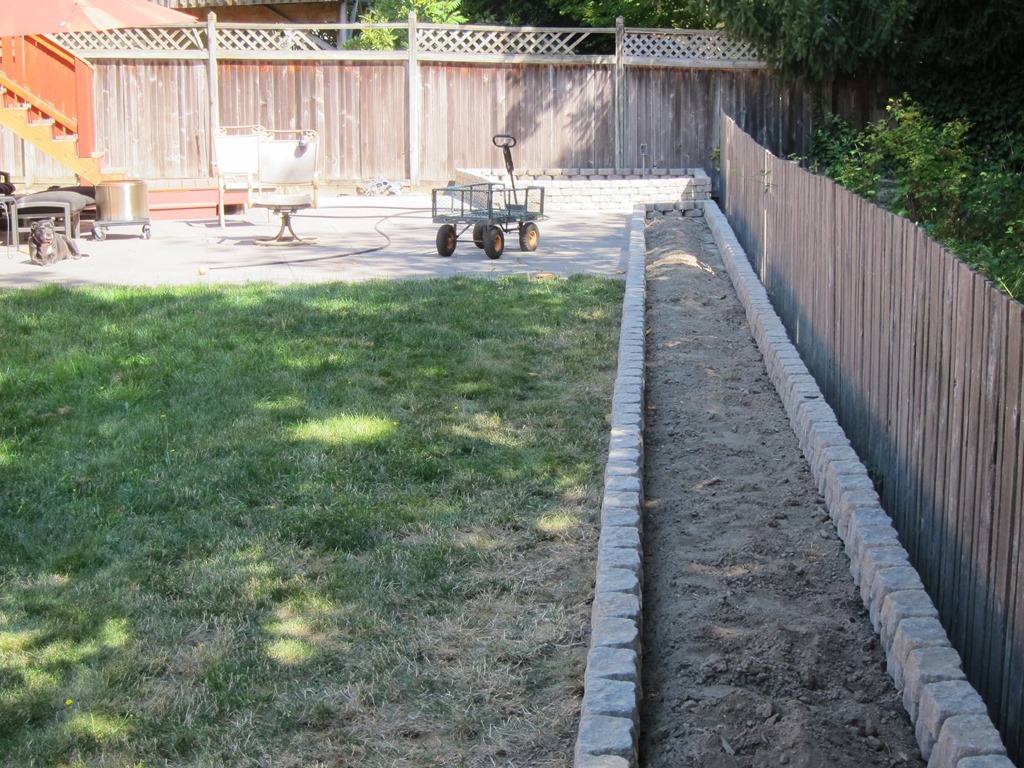 Which is honestly pretty damn straight.

Which takes us to the right corner bed: 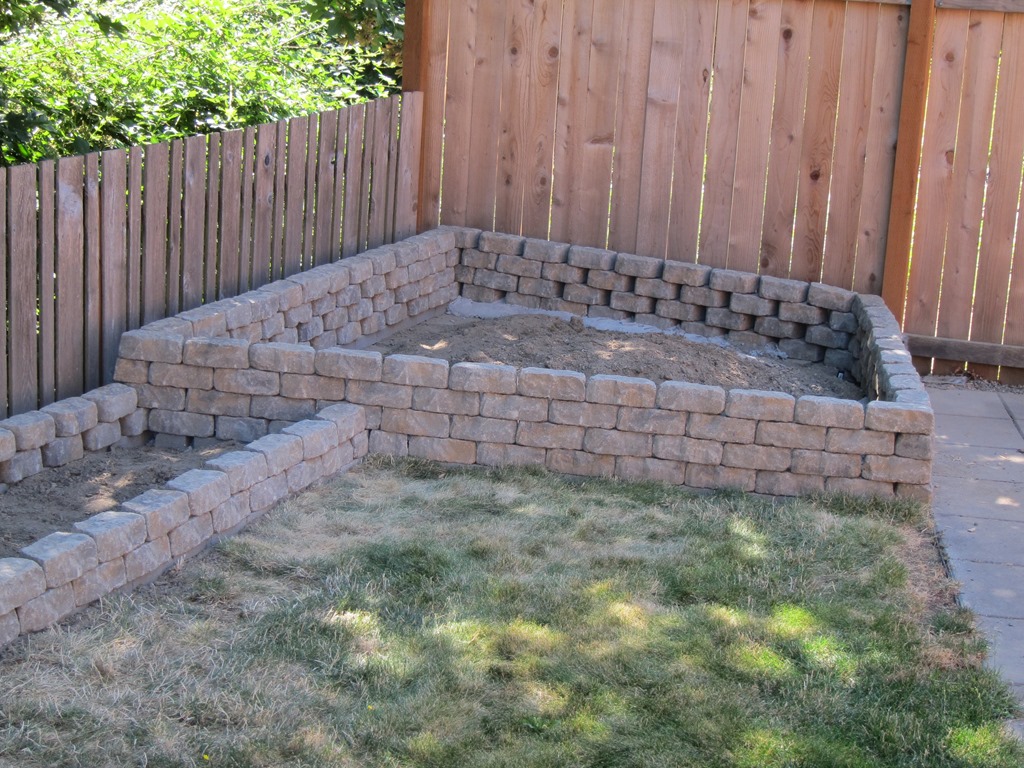 I’d like you to pay attention to how nicely the back bed and the corner bed blocks are woven together. And I’d like you to ignore the wall next to the fence.

We basically had a problem; the blocks the landscapers put in on the fence side are higher than those along the back, so we needed to adjust. I ended up doing the whole bottom row in mortar so I could deal with the 2” difference across the thickness. It came out okay.

The day after I dog that done, I realized that the right thing to do was to put the blocks on that wall flat without bricks, and then taper from a brick down to nothing along the *back* wall next to the fence. That is the proper thing to do and I have another bag of mortar, but the project lead assures me that nobody will notice once we get the bed planted. If we need to redo it later, it will be simpler.

The future will bring soil, drip irrigation (partly in; you can see a connector in the last picture if you look closely), landscape lighting, mulch, and plants.

The fence will be elevated to be a bit higher and moved closer to the blocks. The mysterious art will be installed.

And if you think that this project wouldn’t include some custom electronics, then you don’t know me very well…

Connecting the Eagle Controller to a WS2812 strip

To connect the Eagle controller is simple; there are only three connections to make: 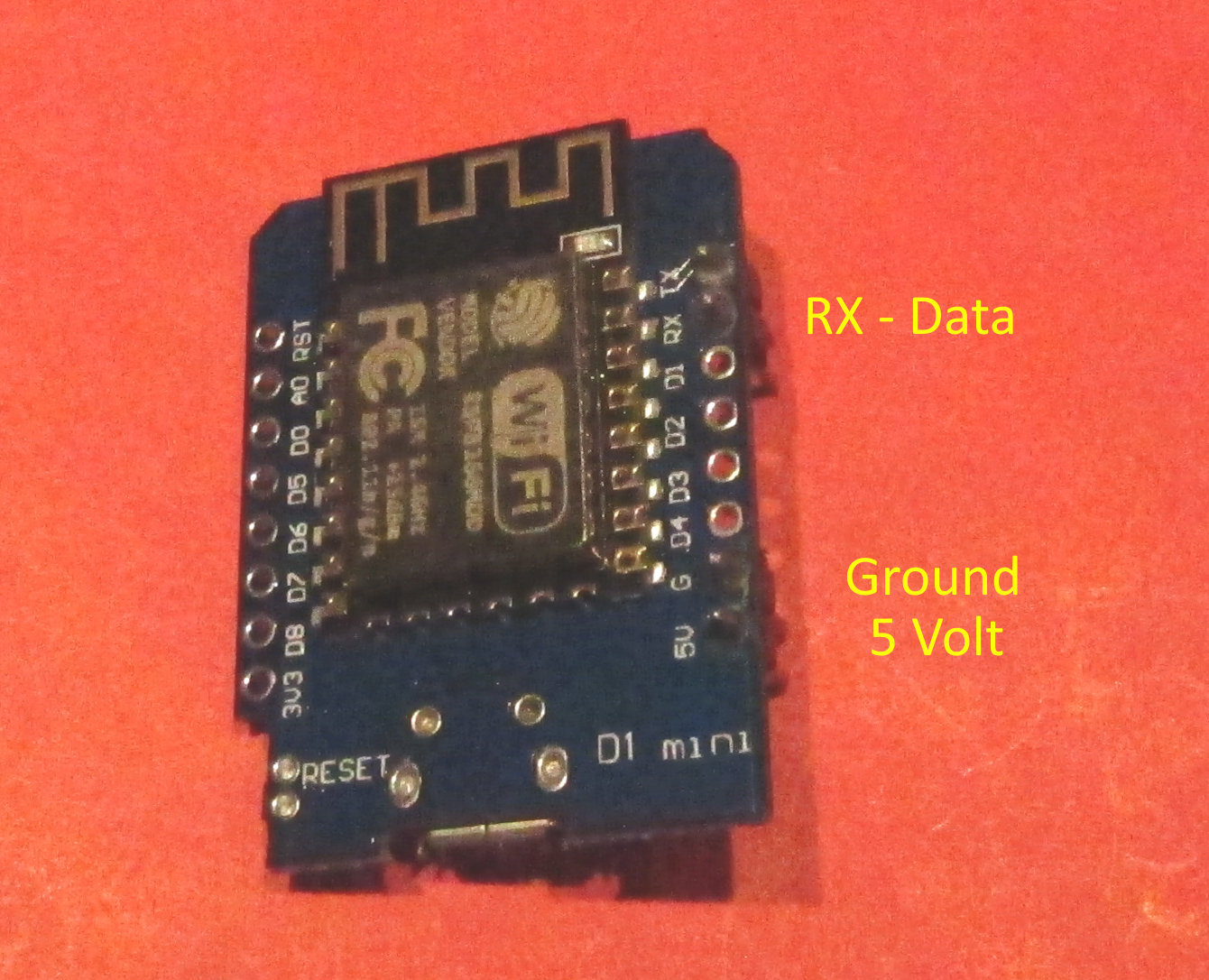 The following connections need to be made:

This will be enough for the controller to work if powered through the USB mini jack. This is fine for testing, but has several drawbacks:

To avoid these issues and enable full brightness, you need an external 5V power supply that can supply sufficient current. It can be connected to the 5 volt and ground connections.

Using the connection board

Newer versions of the controller ship with a small adapter board to make these connections easier. 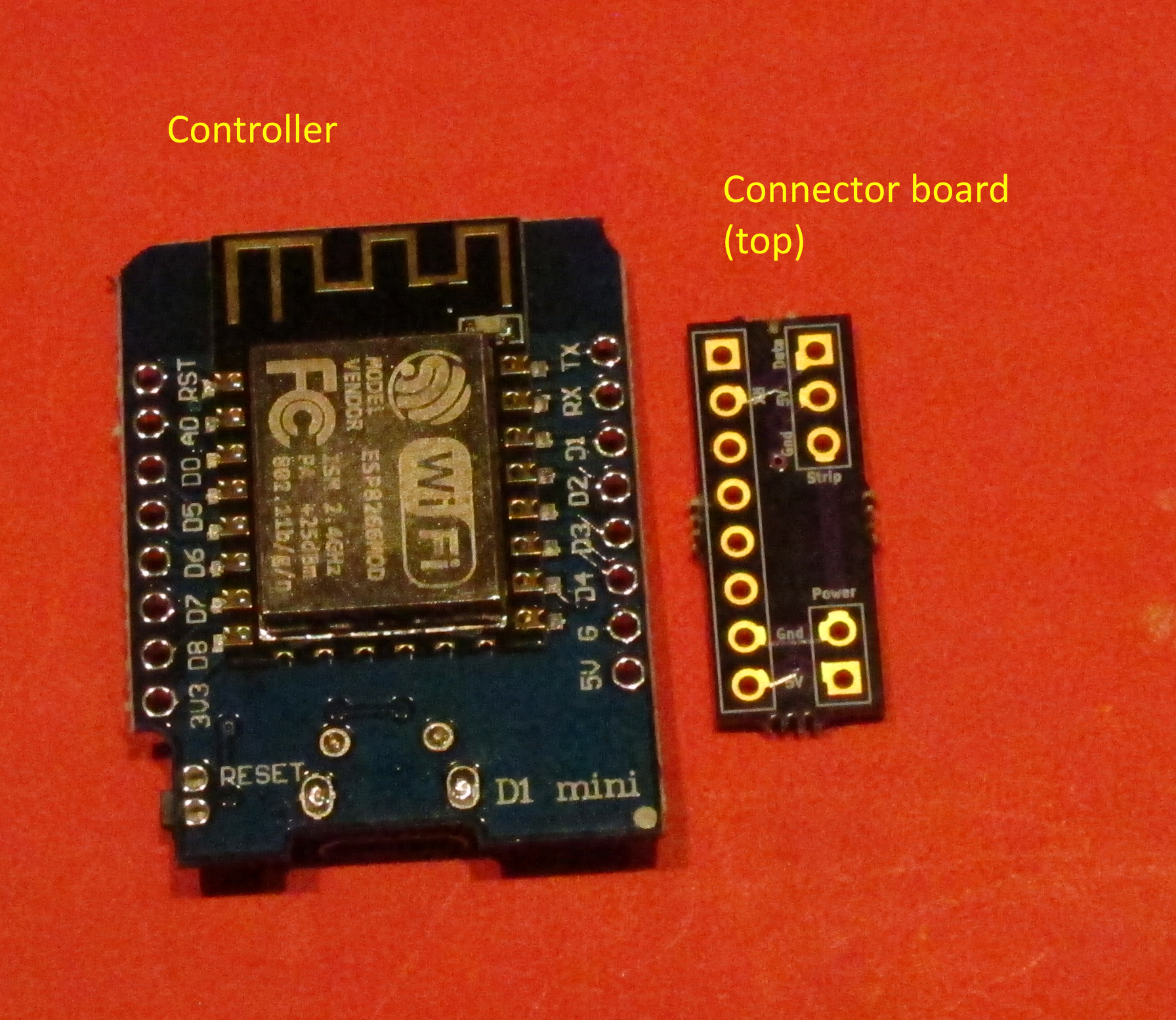 We will start by soldering a male header to the series of pins on the right side of the controller with the pins sticking out underneath. You can get by with just using pins for 5V, ground, and RX, but there’s no harm in soldering all 8 pins. Here’s how I do it: 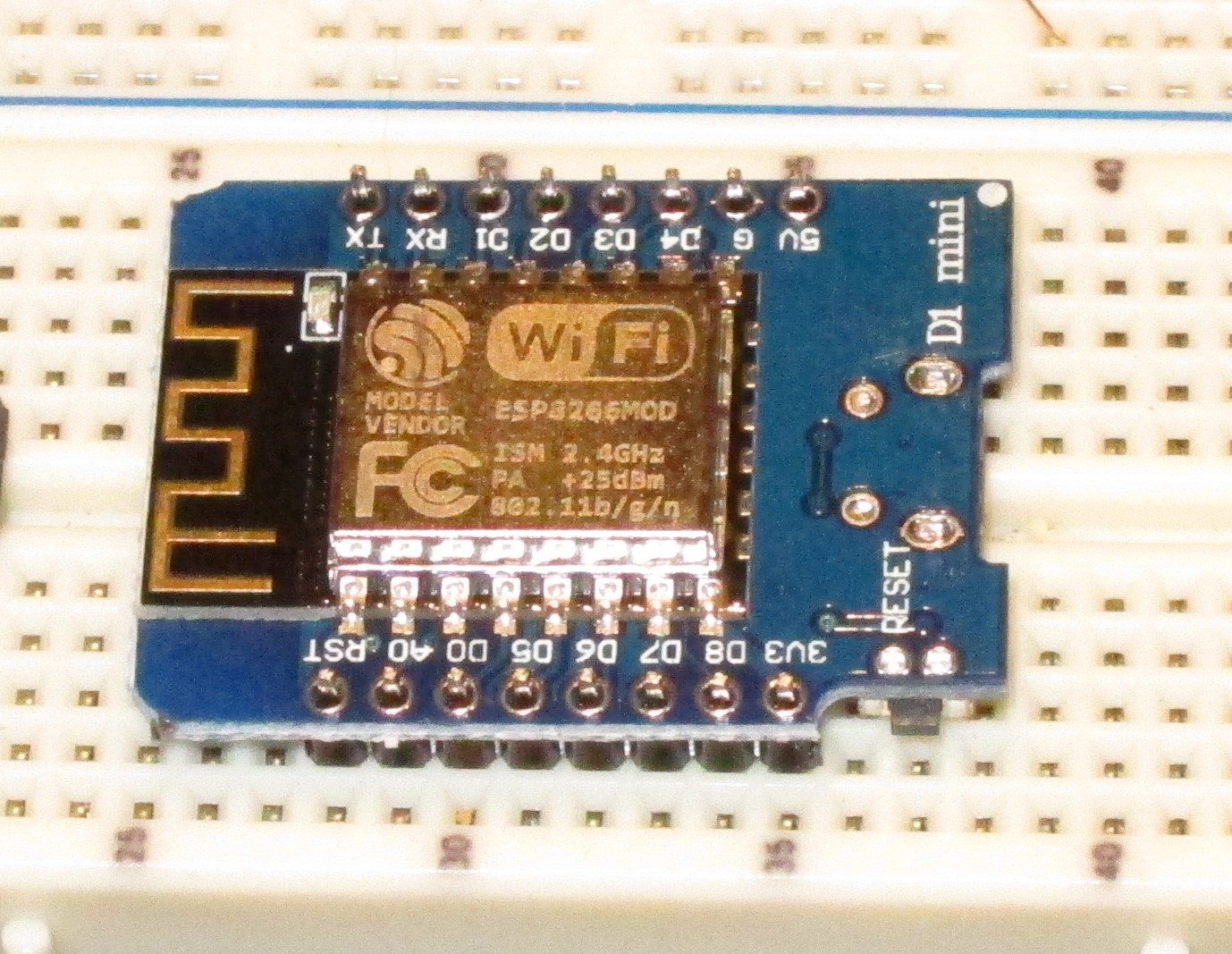 Place the header pins into a solderless breadboard with the appropriate spacing. We put pins in on both sides so the board will sit level, but we are only going to be soldering the ones at the top.

This step may have been done for testing purposes.

It should look like this when the pins are soldered: 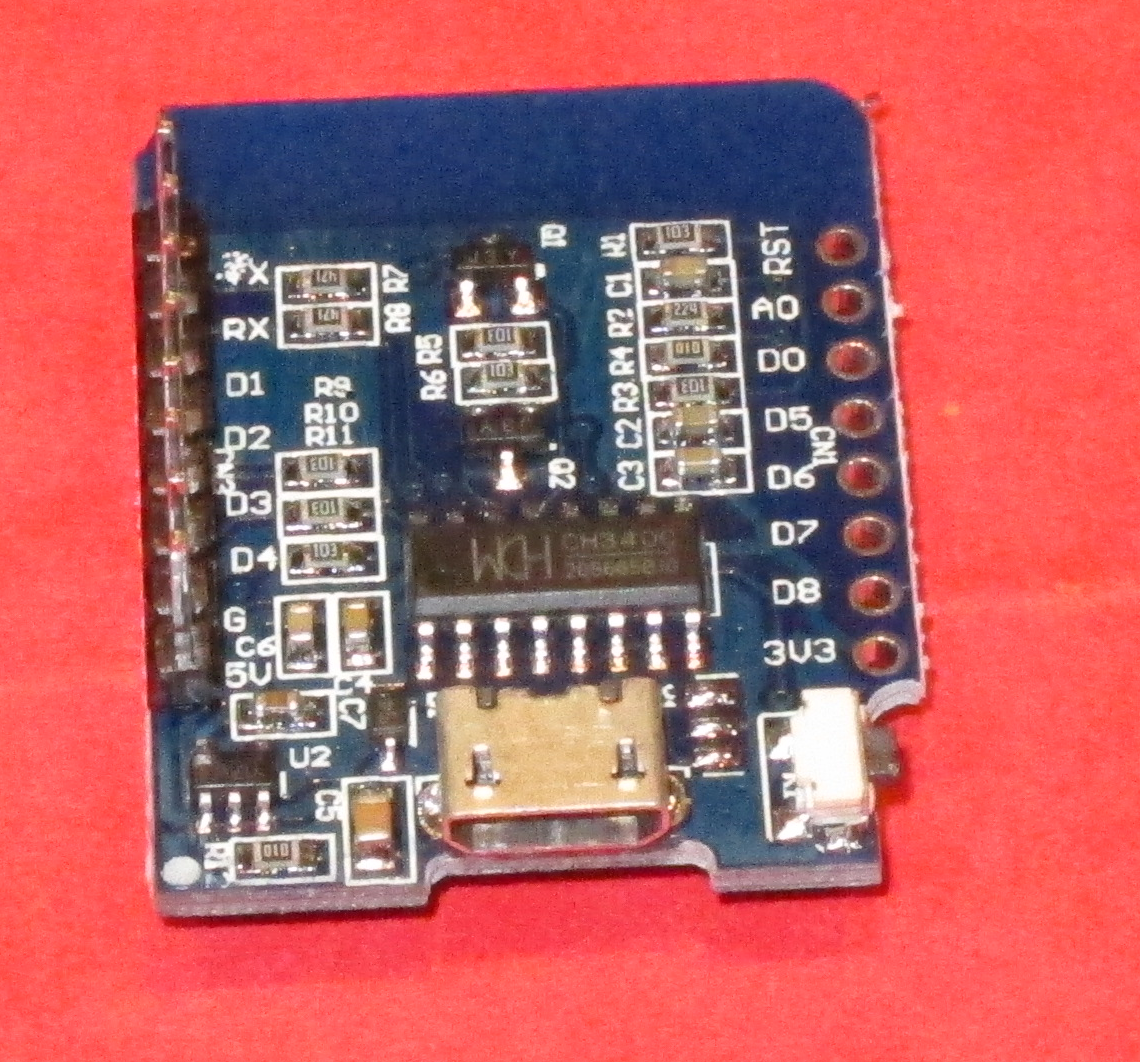 Now, we need to solder a female header to the adapter board: 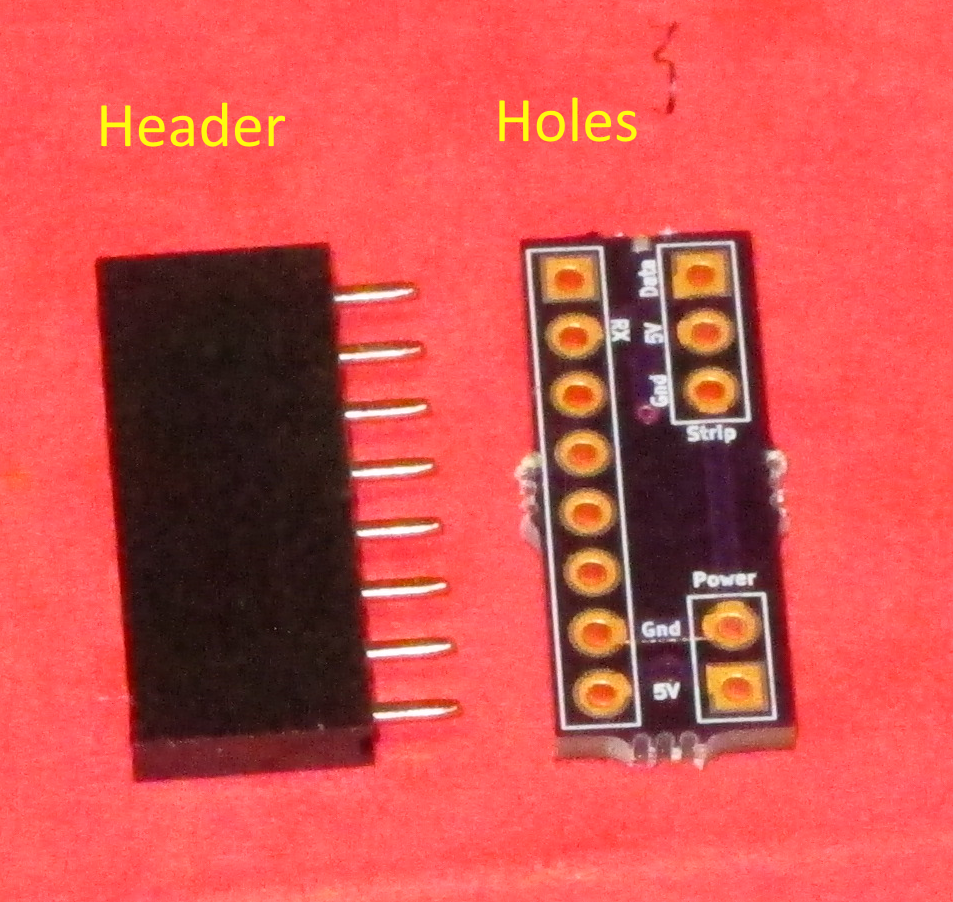 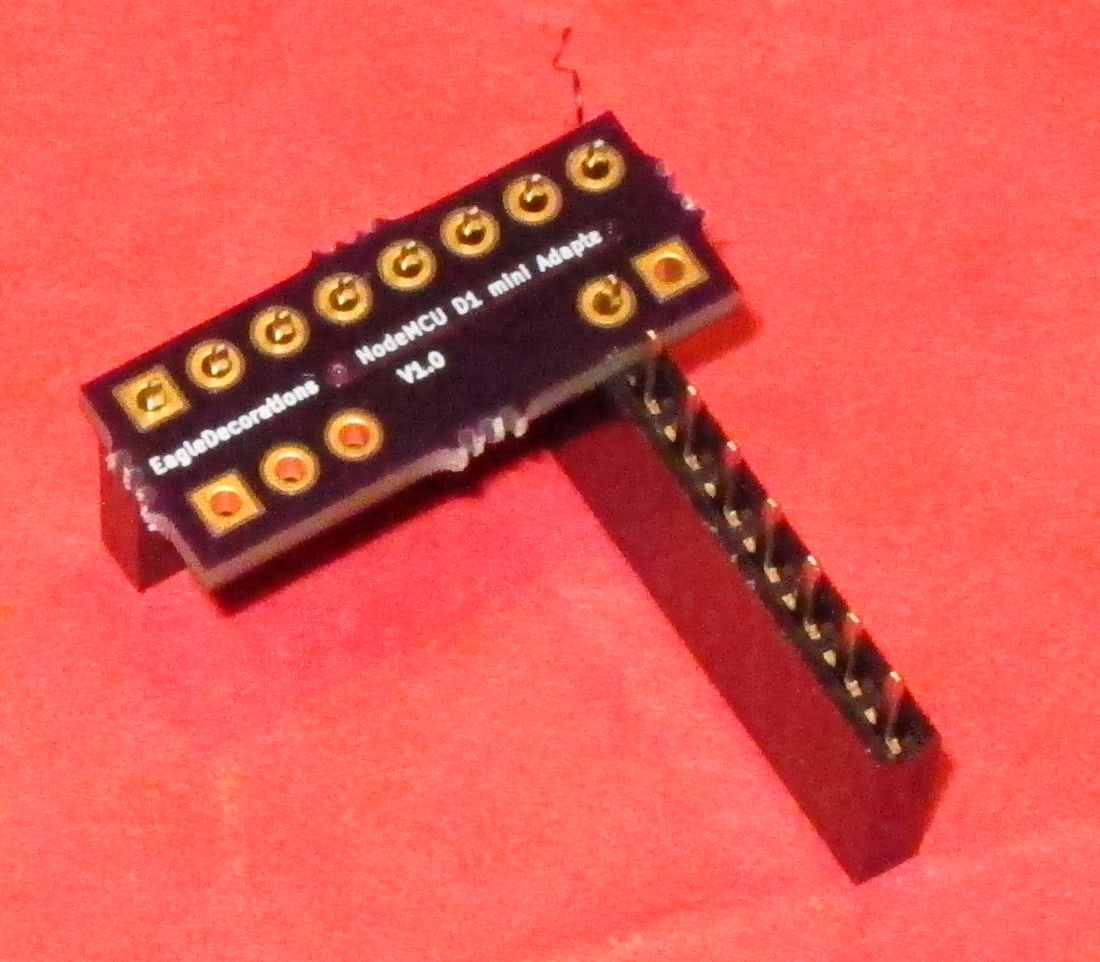 Solder all 8 pins across the top. 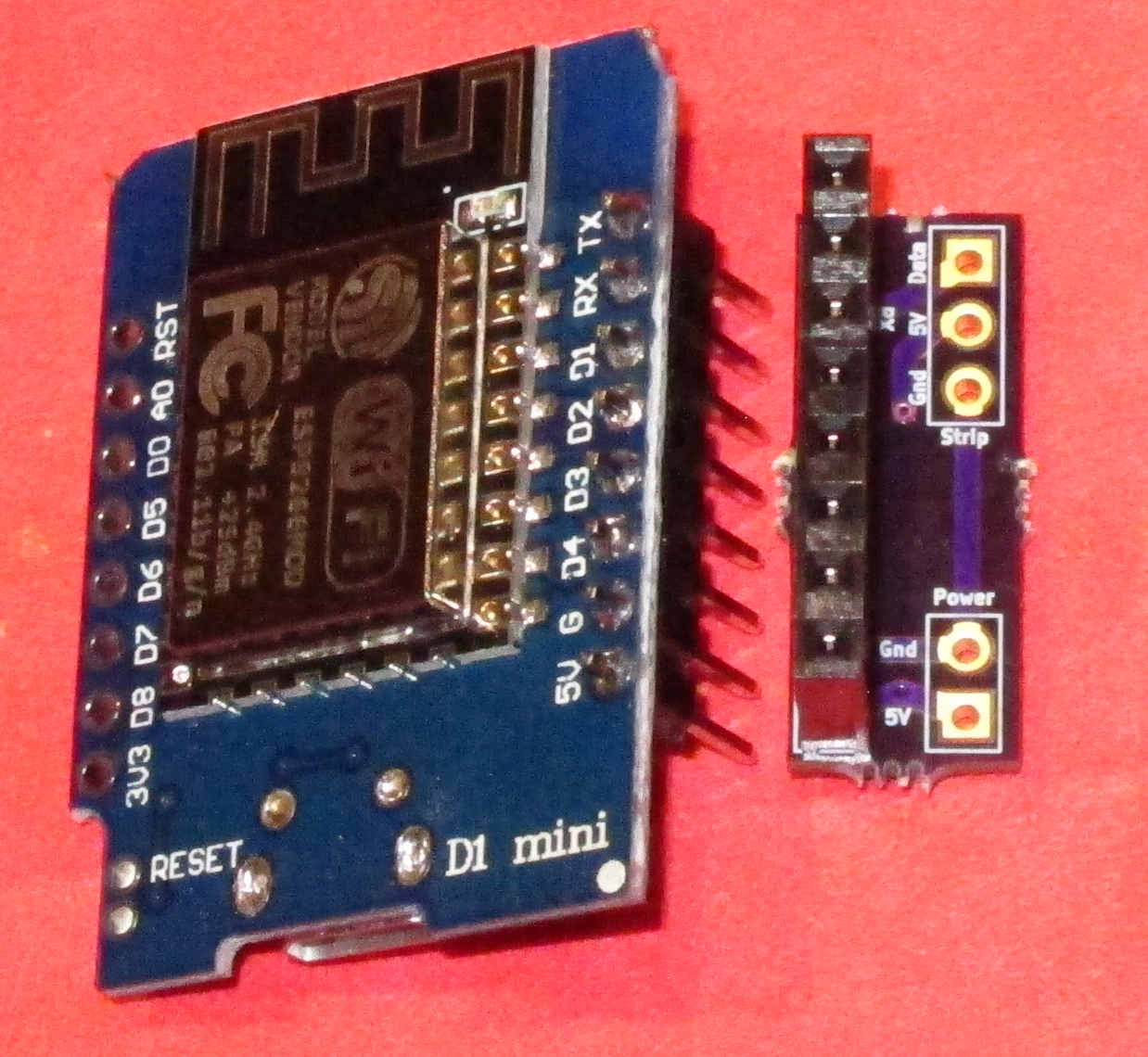 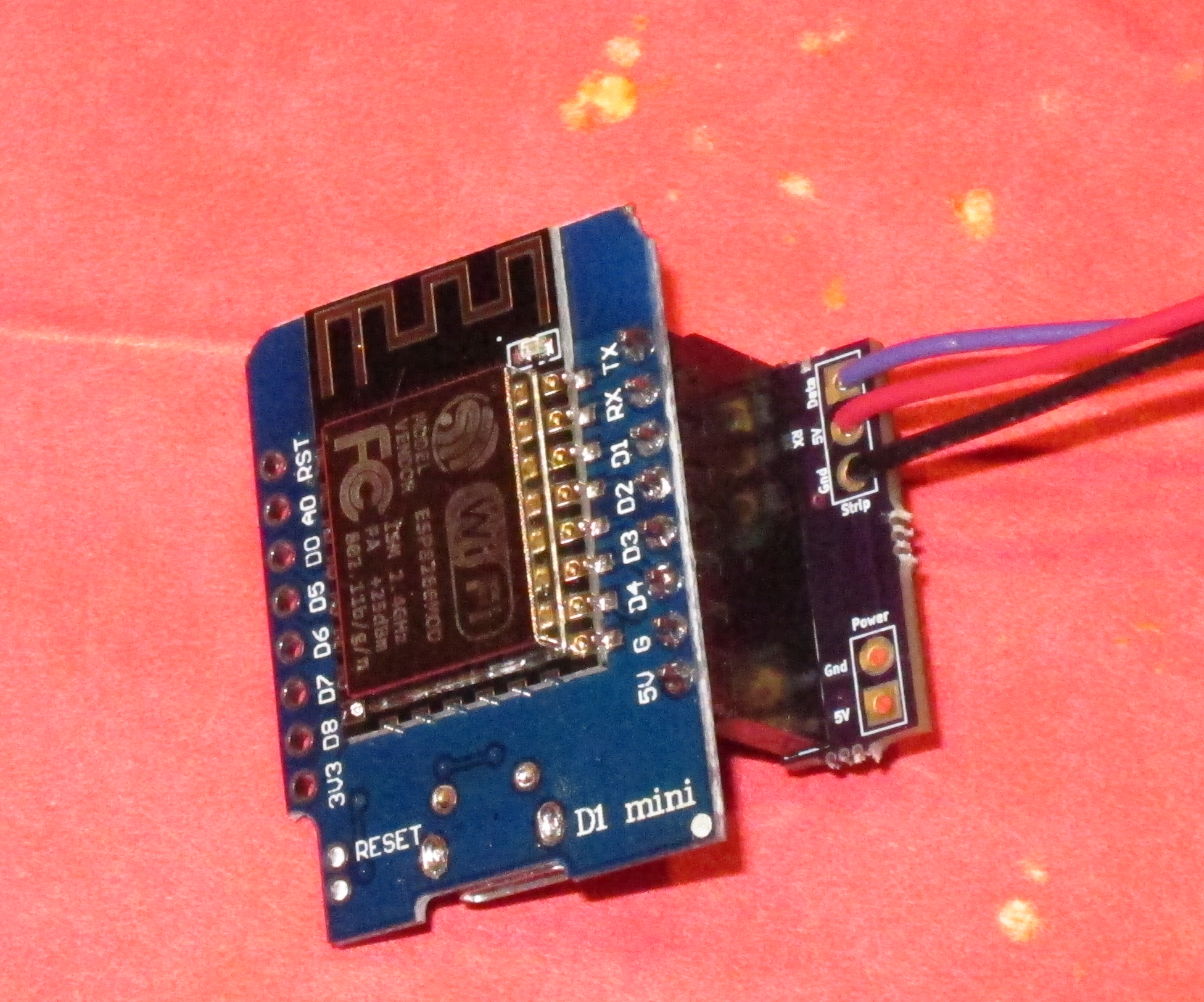 If the controller and the adapter are too thick, there is an option that is thinner: 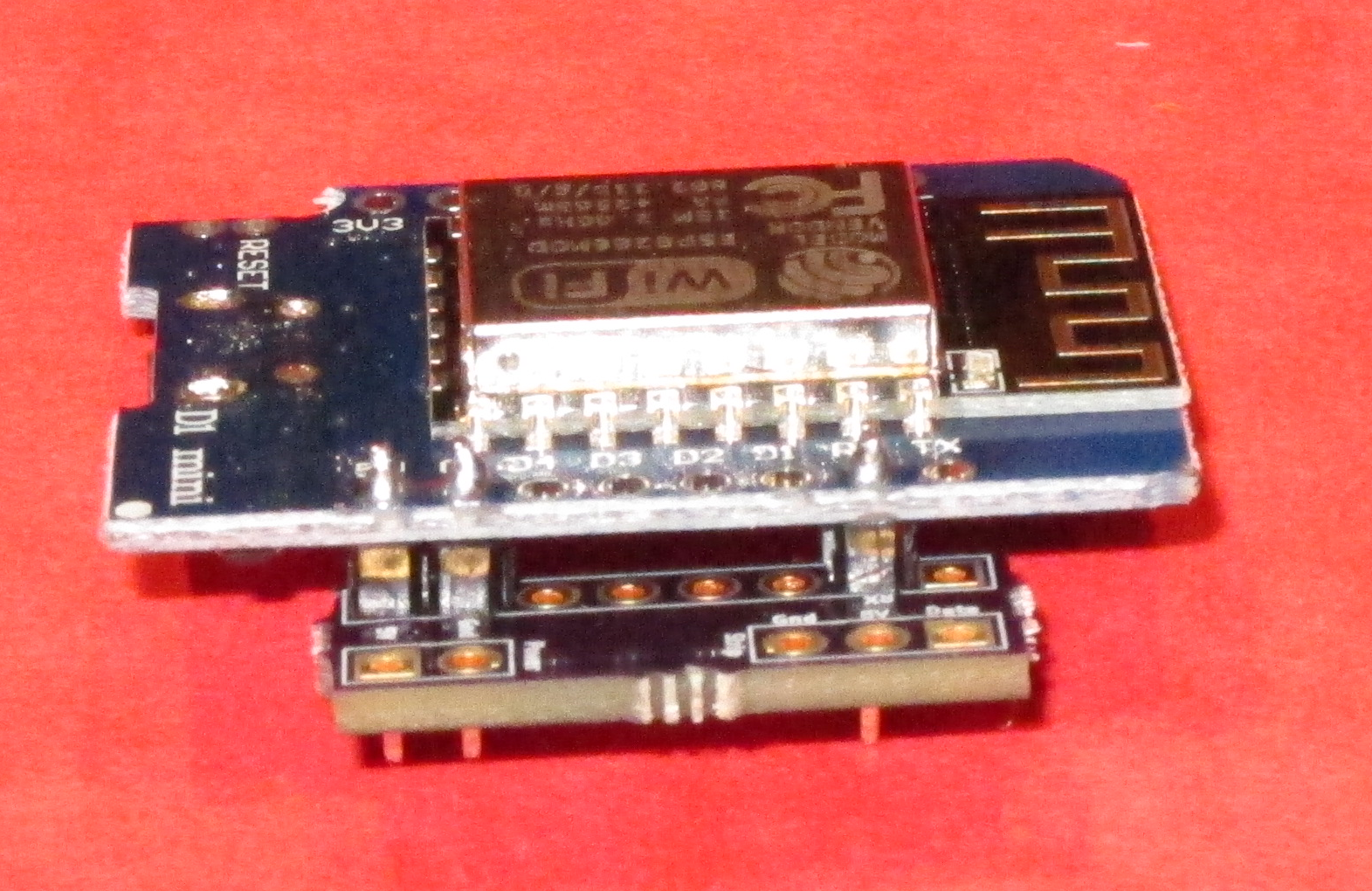 In this option, the female header is omitted and the adapter board is soldered directly to the male header pins.

If you are really tight for space, you can solder the male header, remove the black plastic that separates the pins, and then slide the adapter board right next to the controller.

Still Mad about You…

I recently came across a podcast where Paul Riser talked about “Mad About You”, and the obvious question popped into my head.

Would Mad About You hold up?

My beautiful bride and I enjoyed watching it considerably when we it was first on and we were in the first decade (roughly) of our marriage. But I’ve learned to approach things that I’ve liked in the past with care. Sometimes they hold up pretty well, but other times – for various reasons – they don’t hold up at all. Sometimes the memory is much better than the reality.

So, I dusted off the my search engine and found a few episodes to watch. Which gave me enough evidence to approach the wife, and we ended up watching all 7 seasons (on Starz through Amazon, which is the only place we could find it except for some really crappy quality episodes on Youtube).

It holds up surprisingly well. Well enough that we were both sad when we finished the last season. Mad About You uniquely captures what it’s like to be in a couple; the way that the two of you are the sum of your strengths, the amount of work it takes to keep that kind of relationship going, and how things can get difficult despite both people trying their best.

And how your partner can simultaneous be somebody you can’t imagine living without and the most annoying person that you know.

There are some issues with the show; the other characters necessarily need to bring conflict in and sometimes are annoying and not all of the story lines are great – especially the cameos that feature notable actors. But they are mostly very good, and to this married-for-a-long-time guy, much of it rings true. And the humor is good.