During our summer vacation, we took a trip to the San Francisco zoo.

This was a family vacation, which means that I need to balance the amount of time I spend at a single exhibit trying to get a shot I want with the patience of my family. That means a single lens, which in this case was my 70-200mm F2.8 L lens on my Canon 40D. Because the sensor on the 40D lens is smaller than a 35mm frame, the 70-200mm lens is really a 112-320mm lens (or acts like one), which is enough reach to get as close as I want in most cases. If I’d had more time, I might have brought my 1.4x teleconvertor, giving me a 160mm-440mm lens (or something like that). One of the things that I’ve learned shooting sports is that it’s all about the eyes. Gorillas are really hard to get eyes on because their fur is so dark that you don’t get much light back there, but I was luck enough to catch this one. The hanging strap is unfortunate, though I might be able to clone it out with a lot of work. The focus itself isn’t perfect. This one is better technically (though I really wish he took more pride in grooming and got rid of that grass on his shoulder), though the eyes aren’t quite as good. I might be able to pull them out a bit with some work. Here I got lucky. First of all, both of the lions were active, and second, the SF zoo has this really nice big chain-link fence that’s just the right size for the 4â€ hood on my zoo lens. This guy was just sitting there, eating grass, and then he got something he didn’t like, and proceeded to lick for about a minute. This shot is nice and sharp – if you look at the original, you can see the papillae on the bottom of the tongue.

The only thing bad about the shot is the female lion in the upper-right corner. 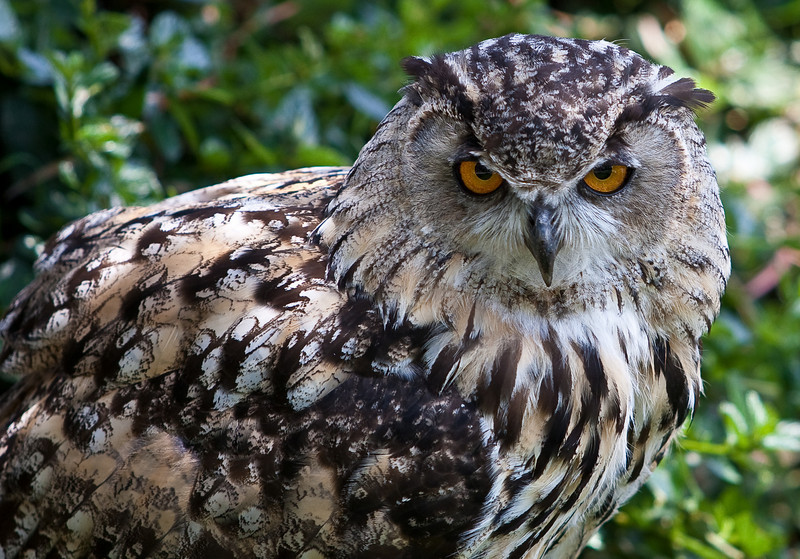 The zoo had some birds out on perches on a grassy spot, giving me the chance to get this shot, one of my best ones for a long time. The detail around the eyes is great, and it’s pretty much the way it came out of the camera.

Finally, I grabbed a snap of this animal: Notice the detail of this shot – that’s the strap from my old Rebel XT, which has been repurposed as a camera for my daughter. It’s actually been a lot of fun shooting with her.

All originals (and a few more shots) are here.