As I have noted a time or two, 7 hills is probably my favorite ride; it meets my requirements in terms of hilliness, it has great staff, and – being local – I don’t have to travel or get up at an ungodly hour to do it.

I first rode it in 2005, and have ridden it mostly every year since, except when it’s been rainy. I typically do the “metric century” version, air-quoted because it’s only 59 or so miles rather than 62.1371 miles as one might rightly expect.

For good reasons – the 2020 edition was cancelled.

But checking around, I found an alternative…

This is not a ride that requires a lot of planning, at least if I have normal amounts of training in my legs. I’m a little on the light side for miles and up this year, but close enough. I rode up Seminary a week ago and felt pretty good.

On the day of the ride I woke up at about 5:30 to the birds in the greenbelt behind our house, looked outside, and found the pervasive mist that Seattle is so good at. That’s okay; my expected departure time is fluid.

I’m not sure what distance I’m going to ride today; there’s the classic 40ish miler, the metric century, and the full century. All of the routes are additive; on the short version there’s a point where you can turn off to do the longer versions, and on the metric century, a point where you turn off to do the whole century. That is both an advantage and a curse depending on the state of your goals from minute to minute.

I find that I need to correct a statement I just made; I know that I’m not going to ride the century. Two years in a row I signed up for century and then found an *extremely* good reason to stay on the metric century route when I came to the turnoff, and I then realized that the century isn’t for me. I’ve ridden the additional 40 miles and I’m apparently just not very excited about it.

Perhaps the biggest decision I need to make is what to wear. A quick glance at the thermostat shows there are only 52 F’s outside, and that’s too few F’s to just go with a jersey and shorts, so it means arm warmers – which I can take off later when there are more F’s – and a light vest – also jerseyable. It’s a little cold to skip the leg warmers but I think I’m going to anyway; my knees may get cranky but the hills will help keep them warm; leg warmers are a pain to take off and my team car is never handy to hand them off.

I stuff some food into my pockets, though I don’t really need to eat that much on rides unless I’m going to push the pace and I don’t plan to, though that will change depending on how my legs feel. Cheez-its, a bit of trail mix, and a somewhat ride-worn honey stinger waffle go into one pocket.

I show up at the start pavilion on the Kirkland waterfront and pick up my packet. There seems to be little organization but that’s okay; I get my number and put it on my jersey: 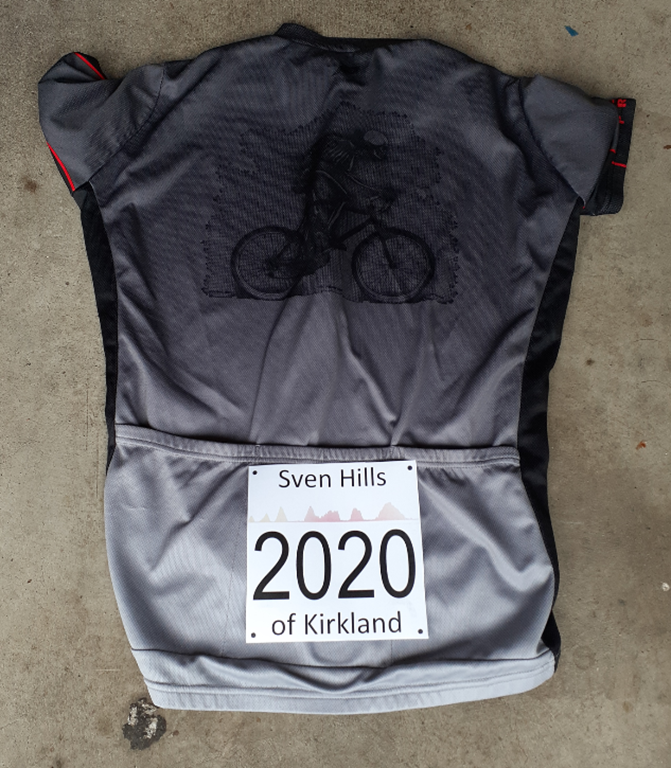 I know the route pretty well – well, very well – but I take a look at the route guide: 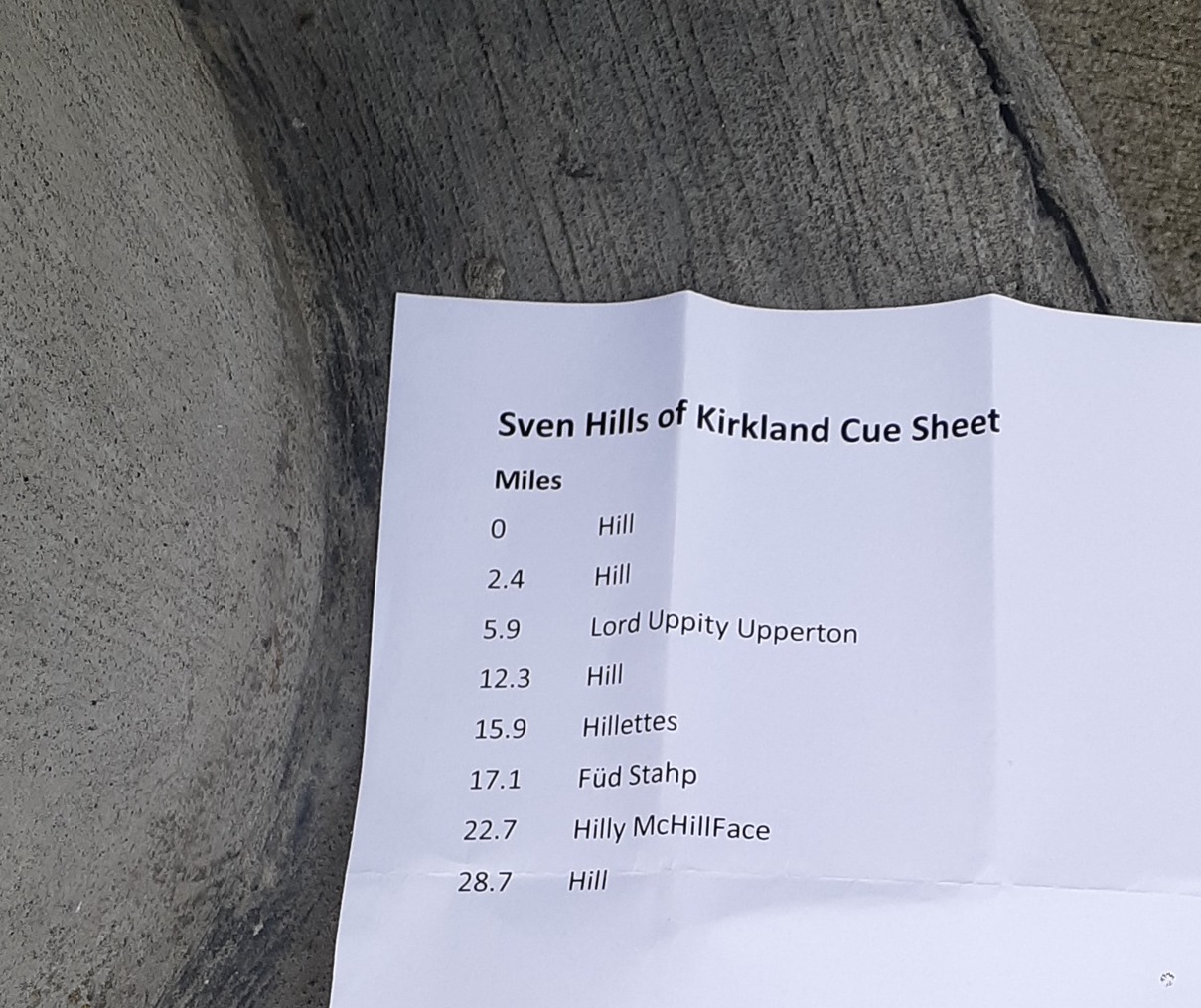 I head towards the first hill, Market street. Market was quickly dispatched, but on the downhill there was a detour back uphill and I opted to cross the street and ride the sidewalk for a bit until I could get back on the road down into Juanita. Up Juanita, down Holmes point on a really pretty section of the ride, and then to the base of Lord Uppity Upperton, sometimes known as “Seminary Hill”. Legs felt okay and I rode up the hill 2 gears up; I’m trying to ride my granny 34/32 less to build up my legs a bit more, so something like a 34/27.

At the top, I turned left and stopped to take off my vest, and on the descent I hit road construction #4 and #5 of the day. I ran into another guy who I didn’t talk to because reasons, he caught up with me waiting for the annoying light (you know the one), and we started up Norway together. I decided to stretch my legs a bit and targeted 225-250 watts on the climb, finishing at the top by myself after road construction #6.

The descent was still a little moist so I took it slower than usual, and then took my super-secret back way to get to 132nd and then over to the food stop at the Evergreen Health parking lot. It’s always nice to get off the bike for a few minutes and I had part of a honey stinger and some water; I decided to skip the lines for the food and headed back out. 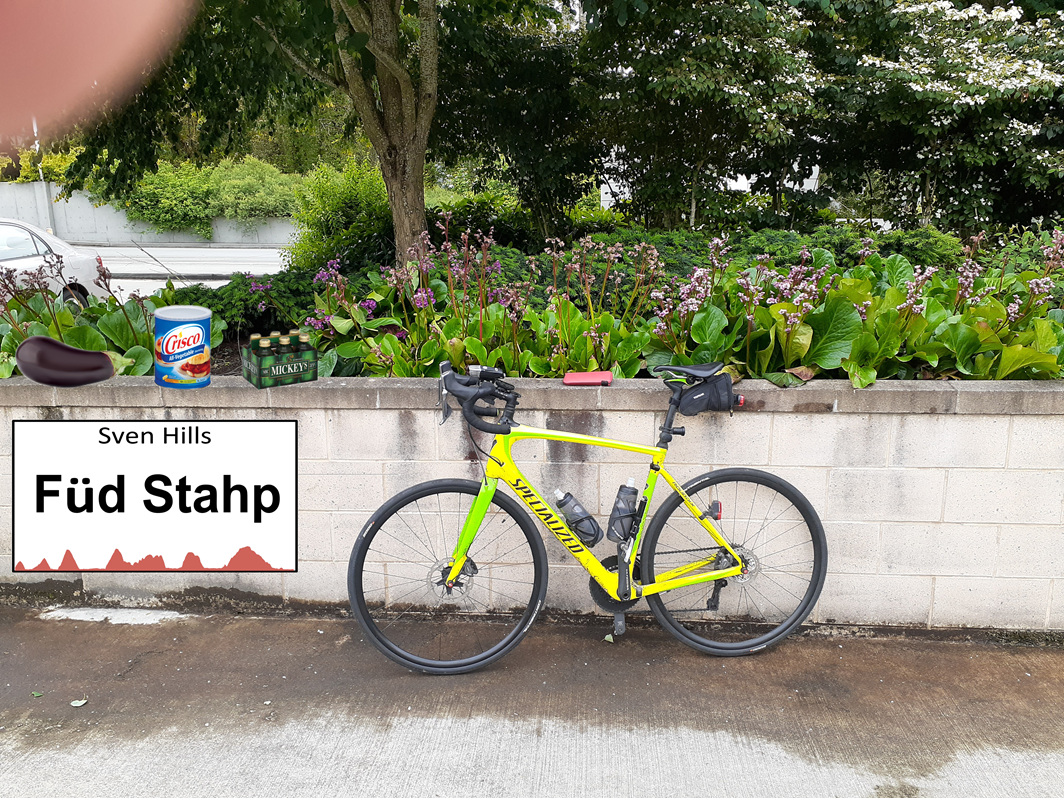 From here the route winds northward until the descent on Brickyard, where I was obstructed by a bus on the descent which turned out to be a good idea as it was still a tiny bit damp. Talked briefly with another cyclist on the next section as I headed towards Hilly McHillFace (aka “Winery”). This is the steepest hill on the route but the pitches are pretty short; I ran it +2 on my gears and stood up a lot. One of the highlights of the ride is the special feature at the top of winery, but in this case it was more of a do-it-yourself version.

At the top, it’s a quick run south to the second food stop – which I skipped – then down into the valley onto willows and heading south. At no point did I consider turning left on 116th to do the metric version; my legs were a bit tired and I’ve been having some seat issues that make long rides less than comfortable (always know your excuses up front), but honestly I really just didn’t think about it.

So, up the last hill – on which I passed a total of zero cyclists – a couple of nice descents, and then on to the finish line for the… ceremony? 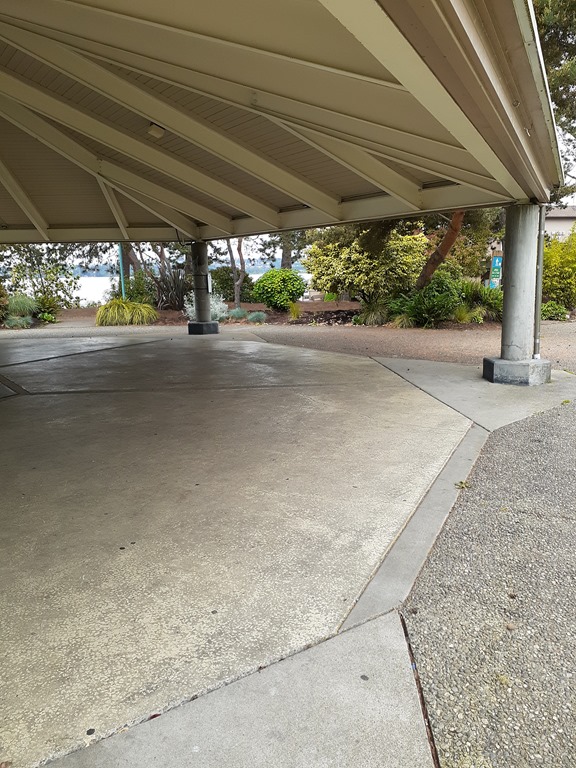 I did pick up some swag; it wasn’t what I expected but I have made some progress: 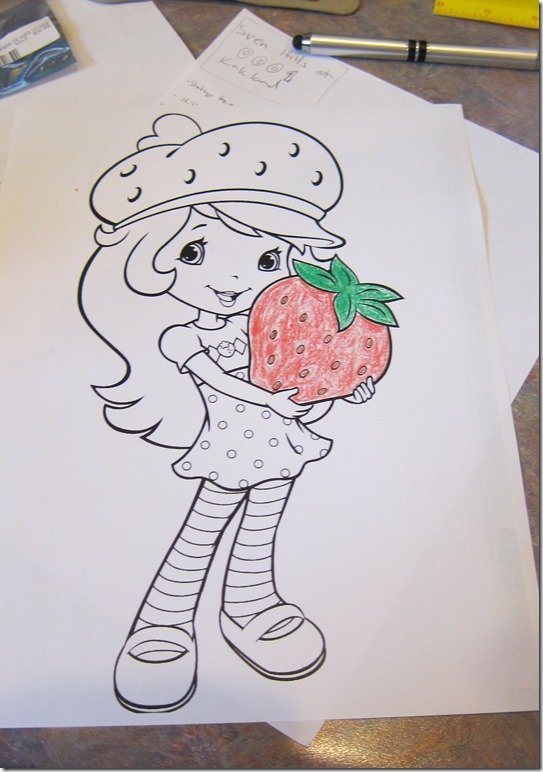 All-in-all, not a bad substitute considering…