Have made decent progress on the snowflake. I have two PCBs assembled and populated. The right way to do it would be to use a reflow oven, but I’ve settled on using my new hot air rework station and solder paste to do the data lines – since the pads that I need to connect are tiny – and hand soldering everything else, including the LEDs. I did reflow on a test LED and it worked, but I had to get things hotter than I would like.

I finished the outline design and cut the snowflake fronts from white acrylic. This was a bit frustrating; the Glowforge is advertised as being able to cut about 11.5″ in the forward/back direction, but they haven’t been able to achieve that, so I had to cut slightly smaller than I wanted. 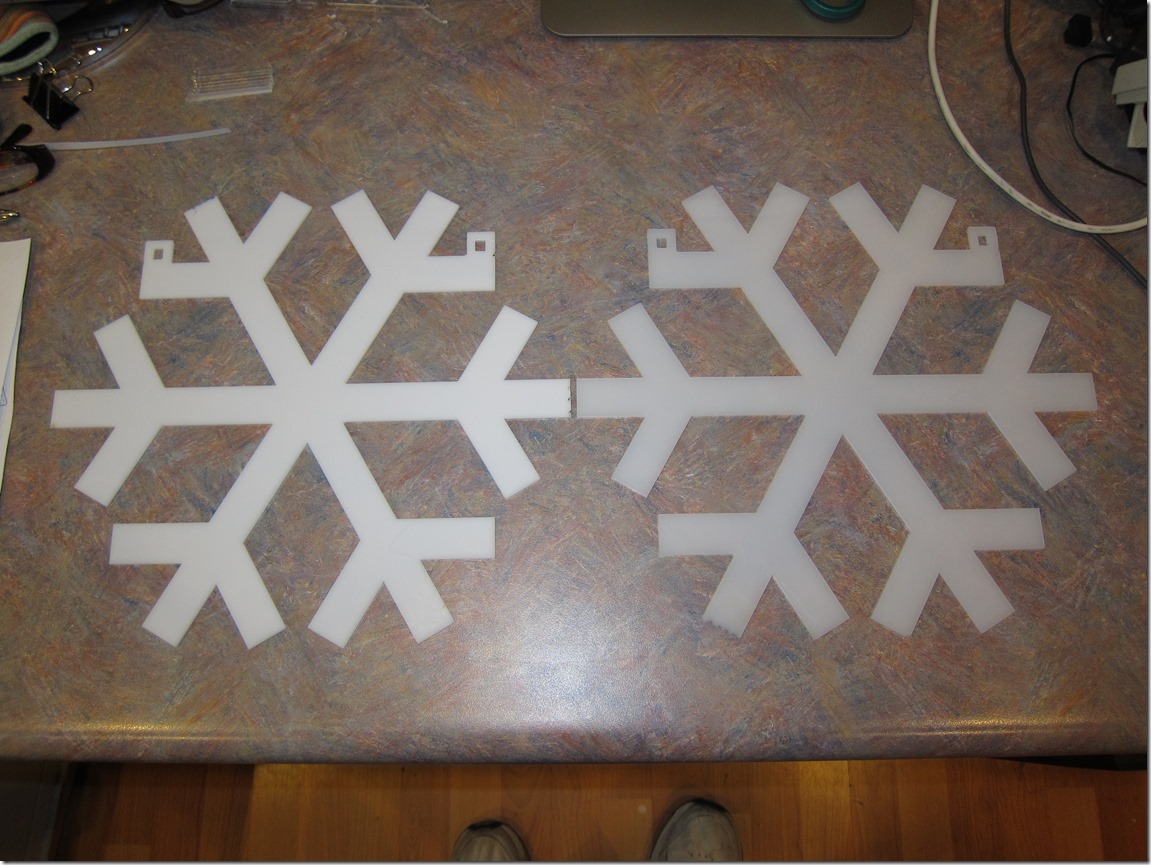 After playing around a bunch (something like 15 variants) with both plastics and with keeping them different distances from the LEDs, we settled on 2447 spaced about 10mm away.

Then it was off to Tinkercad to design a clip that would hold the front to the pc boards, which finally led to this. You can see the clips (printed in clear PLA) holding the snowflake at the right distance.

MVI_8888 from Eric Gunnerson on Vimeo.

After a false start or two, I think I have a handle on how I want to structure the animation code; it’s nice and mathy…

Now I just need to order some more Huzzahs to drive the other snowflakes, figure out how I’m going to handle the cabling, and buy some waterproof 12V –> 5V buck converters (I’m tired of worrying about voltage drop).

The video is powering the LEDs from a USB port using tiny wires, and the 5V supply is sagging down to around 4 volts because of the load. So, it will be brighter than this.