A self-expanding ESP32 PWM board…

I’ve been working on a little ESP32 expansion board/shield for an LED project I’ve been working on. One of the nice things about the ESP32 is that it has a peripheral known as “LED control” that provides 16 independent channels of PWM for controlling LED brightness, and my project uses that capability.

Let’s start with a picture of the board: 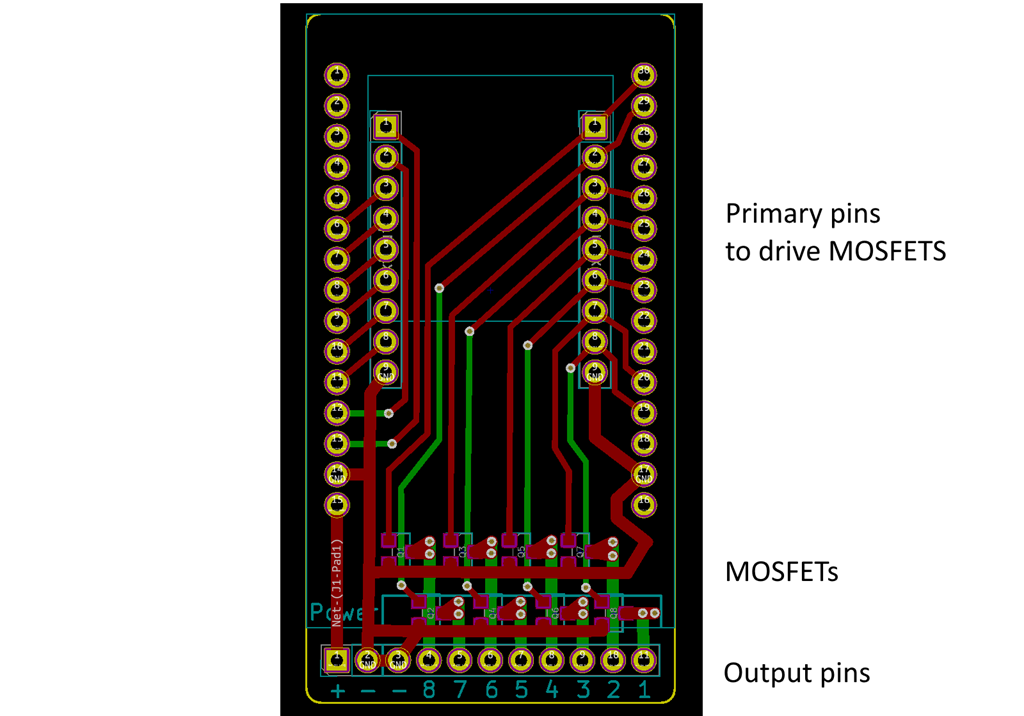 I’m using the 20-pin development board, and it turns out that of the 16 channels supported by the LED control peripheral, half of them are on each set of pins. I started doing an 8-channel version of the controller; you can see the primary pins on the right side of the board that come into the center of the board and then head down into the MOSFET region of the board. That design was fairly simple to do.

Then I needed a way to do something with the 8 channels on the other set of pins. At that point, I realized that if I could use the same board to get the other 8 channels if I flipped the board over: 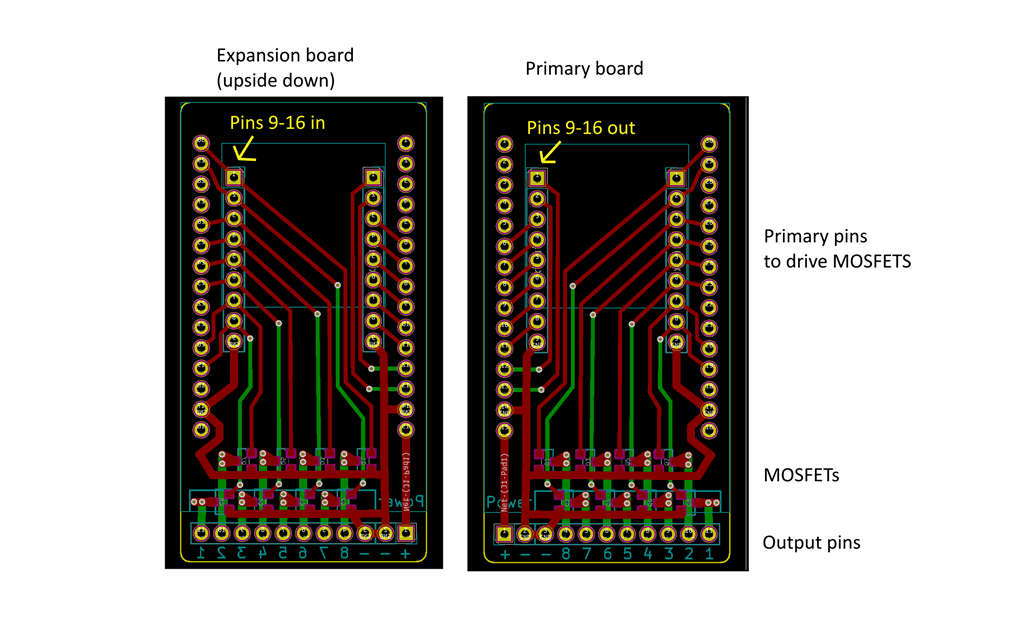 Here’s what it looks like in the real world. This is the primary board with headers for the ESP-32 on the left and MOSFETs on the right. That is set up for 8-channel mode. 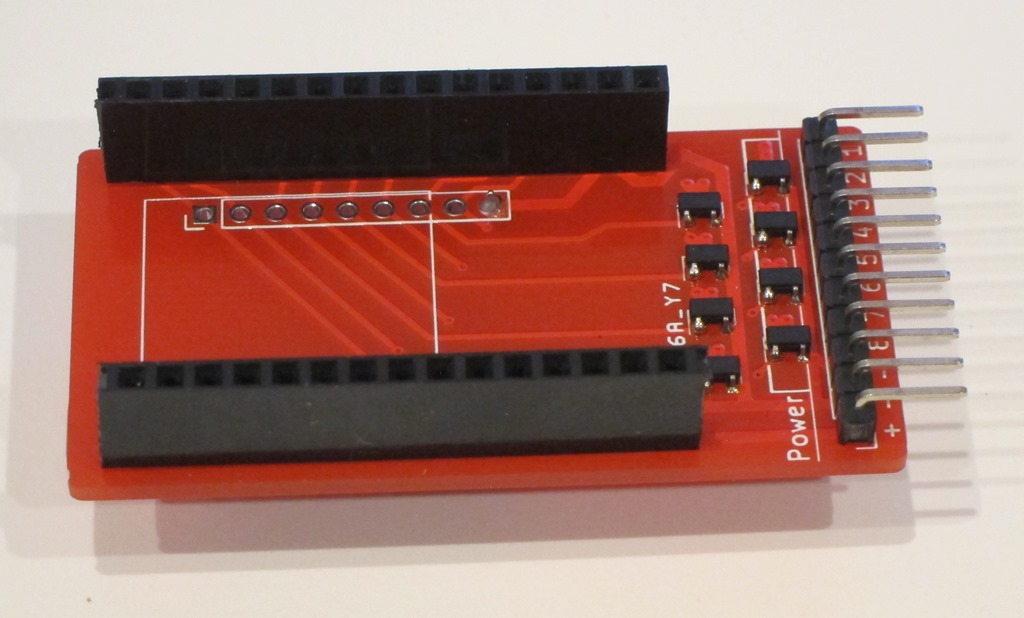 To enable 16-channel mode, we flip this board over and add some headers. The top header connects to pins 9-16 from the ESP32, and then there’s a single pin on the bottom which connects to ground (if I do a future version I’ll add an extra pin on the left) to provide a bit more support. 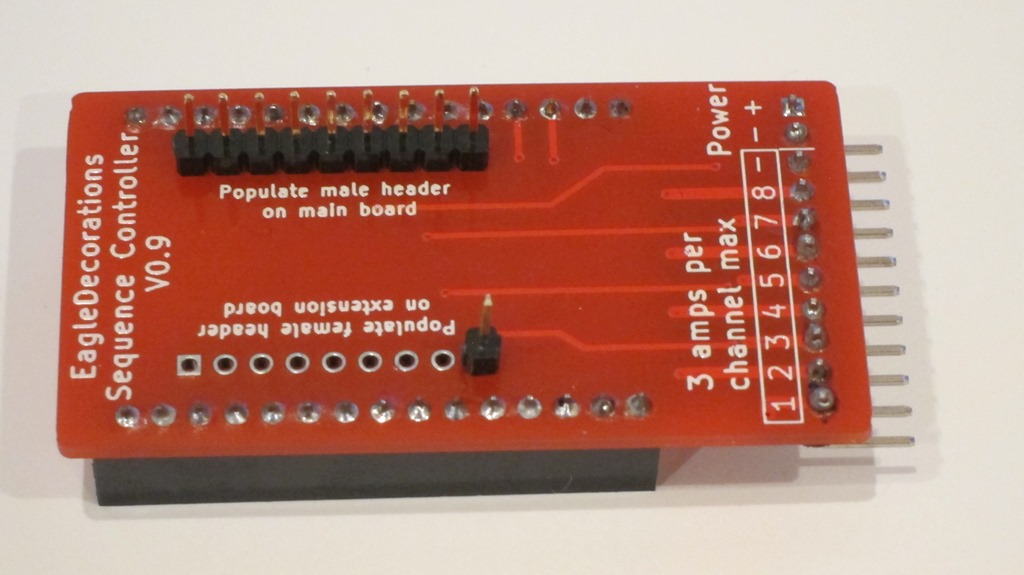 We then take a second board and set it up as an expansion board by adding the complementary headers to it. 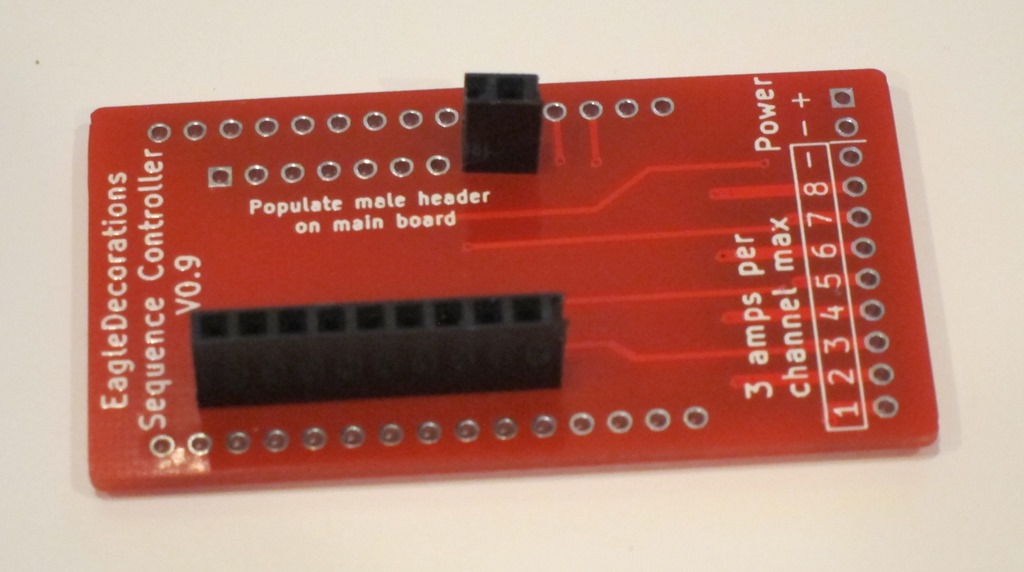 We can then finally stack the expansion board on the back of the primary board and add the ESP32: 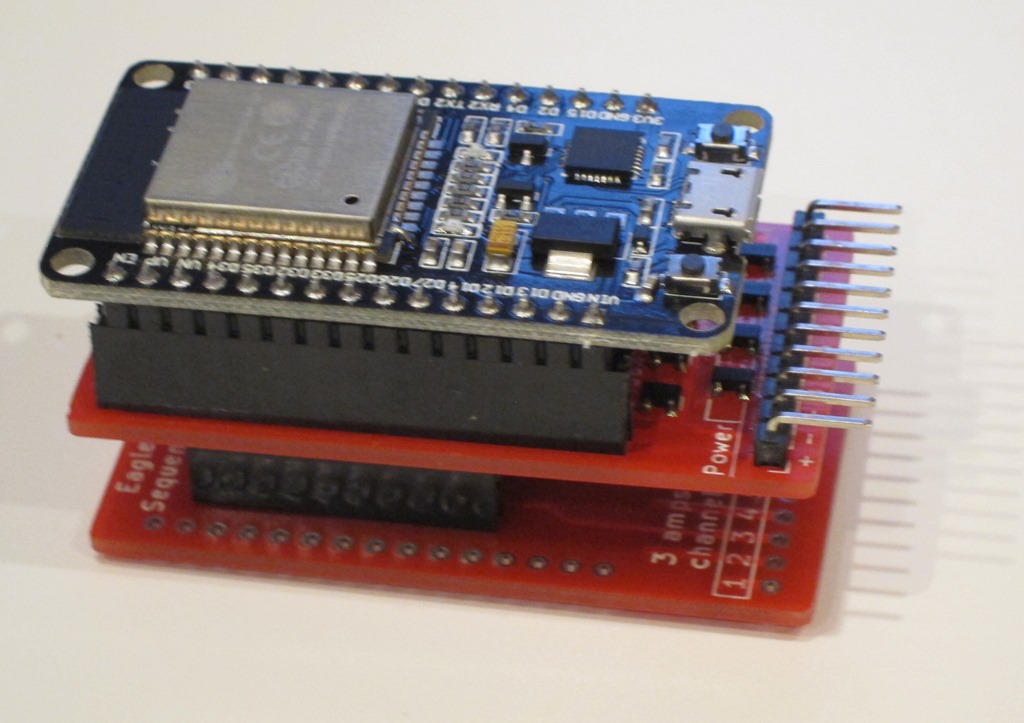 That gives us 16 outputs.

Here’s a short video demo of the controller:

And a second video that show my first project using it: